The North Canterbury Radio Trust is a charitable trust established in 2008 to bring community access broadcasting to the Waimakariri and Hurunui districts of Canterbury — from Kaiapoi in the south, and Oxford in the west to Hanmer Springs, and eventually Cheviot and points north.

The NCRT was awarded a license to broadcast in August 2008, has been actively fundraising for the project ever since.

Gareth, an Oxford University graduate, is a writer, photographer and truffle grower based in the Waipara Valley. He has had a 35-year career in journalism and magazine publishing and has written books on olive growing, truffles and climate change. He is the publisher of the influential Hot Topic blog covering climate change science and policy. His most recent book is a science fiction satire set in NZ. Gareth has been actively involved in the New Zealand truffle industry’s development since 1997, being a Past President of the Truffle Association. He was a founder member of the Waipara River Protection Group and played a key role in developing a management strategy for the river. Gareth is also a committee member of the New Zealand Meteorological Society.

Ron van Til is the owner of an award-winning large-scale bakery operation which supports 150 staff. A former board member of the NZ Baking Society, Ron’s background includes Supermarket Management in Australia and Key Account Management for Colgate Palmolive. He currently sits on the Board of Enterprise North Canterbury, mentors many other business owners in his spare time, and still finds time to participate actively in various local sports. Having lived in North Canterbury most of his life Ron is very passionate about the local community.

David is presently Mayor of Waimakariri but has served as a local Councillor for more than 20 years. He is a retired educationalist whose career has included positions as Assistant or Deputy Principals of Cashmere and Rangiora High Schools and as a Teacher-Adviser at the Christchurch College of Education. He is involved in a range of local community groups including the Rangiora Early Records Society, the Waimakariri Community Arts Council, the Ashley-Rakahuri Rivercare Group, the Methodist Parish, Rotary and Community Watch.

Dave the Treasurer for NCRT.  Dave’s a recent board member joining the NCRT in 2016.  Dave and his family live in Rangiora and children attend local schools.  Dave and his wife Julienne are local business owners and great supporters of the North Canterbury community.

Ian Lamb, Vice Chairman. Ian also joined the board last year in 2016 and has a background in marketing and business planning. 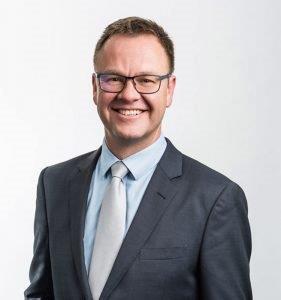 Grant Edmunson, Partner at Helmore Stewart Lawyers in Rangiora.  Grant moved to Rangiora, with his young family, from South Africa 5 years ago.  Grant lives in the Waimakariri area, enjoys the North Canterbury community and is  a great support for Compass FM with his vast experience in media.